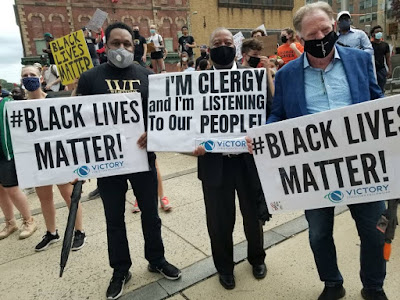 Black Lives Matter.
Rape.
These four words have leapt from tongue to tongue over the course of the last 2 weeks. They have come to take on visual meaning as they dominate dinner time conversations as well as internet chatter.
On May 25, 2020 an African American was killed was killed when officer Derek Chauvin knelt on his neck for 9 minutes. The act was recorded by a shell shocked 17 year old African American girl and soon the world erupted in outrage. Online outrage was swiftly followed by protests that have spread across every American state with allies from every race on earth. The conversation around George Floyd's murder has spread into a larger conversation about systemic oppression and the general treatment of the African American people in America and every other part of the world.

Responding to pressure from protesters, the Minneapolis Police department eventually arrested Derek Chauvin and initiated criminal charges against him. The arrest was a too little too late to calm the boiling pot of tensions and the protests soon became colored with reports of rioting and looting by opportunists.


While America literally battled protesters in her streets, Nigeria erupted in protests. This time over a crime that has for a long time gone unnoticed.

The killing of 16 year old Tina Ezekwe by a drunk trigger happy police man on May 26 was followed by the rape and murder of 22 year old Uwaila Omozuwa while she was studying in a church.

Protests started in Benin City and like wildfire it spread to Lagos, Ibadan and Abuja as various groups took to the streets protesting a wave of rape and murder.

The unrest in Nigeria and the world is not happening because the incidents are recent, in fact these violations have been happening for a while. America has often been in the news over her treatment of the black community and rape cases have been recorded not just in Edo state but in every state of Nigeria.


Protesters are expressing outrage against a system that has repeatedly ignored cries for help when previous incidents occurred. The demand to dismantle institutions of government that fail to serve and protect the population is a rallying cry that has been heard from the streets of Minneapolis to the football games in Germany's Bundesliga.

There is no fence available for religious beliefs, tribe or skin color. This time, the world is unanimous in its demand for responsible, people centered government.

As an 'Oyibo' living in Nigeria it is impossible to ignore the events happening around me in the world. My children live in this world where the color of a man's skin can be the difference between life and death; a world where the places of safety, faith and worship can be colored by rape and murder. My heart breaks at the outpouring of anger and grief witnessed on every screen we turn to.


As a mother it is frightening to think that my children will be policed by force that shows prejudice to skin color.

What we have seen with the protests is a clear sign that racism is an unwelcome part of our society. It is something that has been entrenched in the way America relates with her citizens and the time to change this system is now. This is a time to listen to the Black Community and stand with us to demand a change to the injustices prevalent in the system.

Protesters and public officials toppled the statue of Confederate General Williams Carter Wickham and various other sites across America. Churches, sports organizations and other entertainment giants have and continue to protest for an end to police brutality and all forms of racism.

It is beautiful to see humanity united to fight a common goal and it is time to stand up and join the movement.

The anti-rape protests in Nigeria equally provides us a chance to demand empathy and better policing from the various arms of government entrusted with keeping our streets crime free and our places of business safe.

While all these protests and changes are happening around the world, we also have a unique opportunity to personally examine our attitude towards these issues and change where necessary.

As believers there is a call on us to shine the light of the Gospel on every hill we find ourselves. Our country and indeed the world needs a new way of treating it's citizens and we must be part of that way.

God's love has never and will never discriminate against a person's skin color, gender, tribe or religion and we as Christians must do the same. We must go into the world and preach the gospel of Christ, the gospel of peace and the love of our Everlasting Father.

These protests call to our humanity, for men to stand in the image of God's creation and rid our society of the scourge of rape. It is a time to comfort the victims and show them the road to healing and restoration.

We need to be responsible and humanize each race and both genders. Seeing people as animals, property or as less than human has had a large role to play in justifying the cruelty to the black race and the female gender.

The world we are demanding for will need men and women who see the frailty of humanity and respond to needs and hurt with God's perfect love. The world needs us to respond and love what God loves (every human being #BLM) and hate what He hates (racism/ man's depravity).

This world needs you. Will you stand and be counted?

You are the light of the world—like a city on a hilltop that cannot be hidden. No one lights a lamp and then puts it under a basket. Instead, a lamp is placed on a stand, where it gives light to everyone in the house. In the same way, let your good deeds shine out for all to see, so that everyone will praise your heavenly Father.
Matthew 5:14-16 (NLT)