ON ENDING RAPE CULTURE: 8 WAYS TO STAY PROTECTED AGAINST RAPE AND SEXUAL ASSAULT 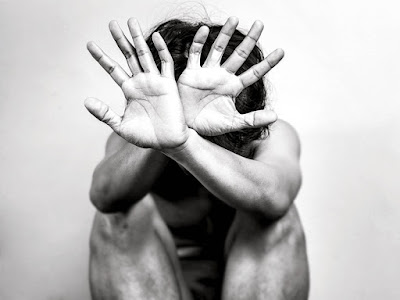 The world is becoming an increasingly insecure place. This is due to the alarming trend of rape and sexual assault. Although there are exceptions, most victims of rape and sexual assault are largely women or the girl child. These incidents are happening too frequently and we must never accept it as the new normal.
Sadly enough, in Nigeria, the above is also the reality. People now live in perpetual fear of being raped or sexually assaulted. While this is not a new trend, social media has helped raise more awareness on this matter.
Recently, a rape incident sparked national outrage and protest. Uwaila Vera Omozuwa was brutally raped and murdered while reading in a church building in Benin City. She was a 22-year old Microbiology student of the University of Benin. As the nation grieved, somewhere in Ibadan, only days later, 19-year old Barakat Bello was cruelly raped and murdered in her home.
While we may have heard the sad stories of Uwaila and Barakat, the heartbreaking reality is that most rape and sexual assault cases go unaddressed even when the culprits are within reach.  Victims of rape or sexual assault who are alive sometimes prefer to be quiet. This may be due to the culture of stigmatization, victim blaming and the distrust for law enforcing agencies that exists in our society.
We must immediately begin a war against this highly underreported crime. While rape is not always avoidable and is never the fault of the victim, here are some things you can do to protect yourself from rape and sexual assault:

At face value, it is impossible tell who a potential rapist or sex offender is. They mostly wear an unsuspecting look. Some of them are highly placed or respected people in our lives and society. Sadly, some of them are our acquaintances, close friends, loved ones or even family members. Since it is difficult to tell who a rapist is, to be safe, you must therefore pay strict attention to the behavioral pattern of individuals.

These are signs that should guide your choices in friendship, relationship and marriage. You must not take chances with individuals who possess these traits. It is very important to not ignore these red flags. We must endeavor to caution and report their unruly remarks and attitudes to the appropriate authorities.

Furthermore, as a form of precaution against rape in marriages, before getting married, it is best to know your partner’s view on issues like consent, gender equality, rape, sex, sexual preferences, love, boundaries, etc.  Some partners wrongly believe that marriage means that they are automatically entitled to sex whenever they feel like regardless of their spouse’s opinion. This mindset has also contributed largely to the increase in the number of rape and sexual assault cases in marriages.

Intuition is the ability to understand or figure out something instantly. This is purely based on your feelings and not facts. Some people say intuition is your soul speaking to you. It is some kind of self revelation instructing you to act in a particular way.

One way you can avoid being a victim of rape or sexual assault is by following your intuition. As the American security specialist Gavin De Becker puts it, “intuition is always right in at least two important ways; it is always in response to something. It always has your best interest at heart.”

If you feel uncomfortable about going on a particular date, then turn down the offer. If you are not at ease with the idea of being in a secluded environment with someone, you can choose to always meet them in public places. If you don’t feel calm in an environment, leave as soon as you can. If your instincts tell you not to take a particular path, endeavor to use the alternatives. Do not be talked into betraying your gut feeling. Always remember that rapists and sex offenders are very manipulative people.

Always be in control of your environment

Since you can’t control the actions of rapists and sex offenders, it is best to focus your energy on the situations you can manage. This includes being in control of your environment at all times. This means you must take responsibility for your immediate security.

When you move to a new apartment, endeavor to change the locks on the doors. As a lady, never give a man the key to your home or apartment except he is your husband. Ensure you recognize who is on the other side of the door before opening the door. Do not give people you don’t trust your home address. If you had a previously abusive relationship, ensure the individual doesn’t step into your home when you are alone.  Furthermore, do not share your home address on public platforms.

When it comes to being in control of your environment, you can never be too careful. When you go on dates with people you don’t know too well, always pick the places that you are comfortable with. Do not allow the other party make this decision. If you are not comfortable with the location, do not leave your home. Never agree to meeting people in secluded places or at their homes especially if you are just getting to know them.  Also, do not agree to a quick stop at his house before going on the date if you are just getting to know them.

Learning a form of self defense is one way to avoid being a victim of rape or sexual assault. The motive for this is to be able to protect yourself if a violent situation arises. There are various types of self defense form you can choose to learn including boxing, karate, jitsu, taekwondo, aikido, etc.

People who commit rape or sexual assault generally think they are capable of using force to dominate their victims. Being able to defend yourself using some form self defense skill therefore disrupts the plan.  You can use this surprise element to your advantage and escape being raped or sexually assaulted.

Apart from learning a form of self defense, there are also self defense items that you can always carry along with you. This can include whistle, taser, pepper spray, knife, etc. Also, it is important to get permit for any weapon if that’s the law in your state or country to avoid facing charges for carrying an unregistered weapon.

Annie Dude, who is a health expert, defines date rape as “the forcing or coercing of a victim into unwanted sexual activity by a friend, romantic suitor, or peer through violence, verbal pressure, misuse of authority, use of incapacitating substances, or threat of violence.”

It is true that most victims of date rape are teenagers. Nonetheless, older people can fall prey as well. It is therefore necessary for everyone to take precautionary measures.

Some of the protective methods against date rape have been stated already. This includes knowing the warning signs, following your intuition, being in control of your environment and learning self defense.

However, when going on a date, there are more precautionary measures that you can take. It is generally advised to stay away from drugs and alcohol. They have the power to make you lose your sense of right judgment and expose you to sexual predators.

More so, do not accept drinks from strangers at parties. If your date orders a drink on your behalf while you were absent, do not accept such. There is a possibility it has been spiked. You always have the right to choose to take something else. When on a date, do not consume anything out of your will. Ensure you protect your drink at all times. Always upturn and squeeze tightly the bottle of a sealed drink before opening it. If there is a leakage, there is a chance it has been injected with drugs.

Always remember that date rape does not always involve the use of physically violence. This is because alcohol and drugs are used to render victims defenseless.  Some commonly used date rape drugs are ketamin, rohypnol, GHB [gamma hydroxybutyric acid], marijuana, alcohol, codeine etc.

Our homes, schools, offices and religious centers must play an active role in this. We must begin to enlighten everyone on subjects like gender equality, consent, boundaries, sex education, love, fear of God, self control, relationship, friendship, abstinence, peer pressure, good morals, proper values, etc.

Again, we must kick against sexually objectifying women or objectifying women at all. The notion that women exist to satisfy a man’s sexual desire is wrong. She reserves the right to her body. Even if you are married, sex is not an entitlement. Also, gifts and good gestures are not acceptable reasons to forcefully demand sex.

Blaming the victims of rape and sexual assault is one of the most insensitive things anybody can do. Nevertheless, we have seen people make excuses on behalf of rapists and sex offenders. This is one of the reasons for the continued increase in rape and sexual assault cases. When we blame the victims, we are simply giving rapists and sex offenders the courage to continue committing these atrocities.

Blaming the victims of these crimes can also lead them into making poor decisions. There have been instances where victims of rape and sexual assault committed suicide as a result of being stigmatized. As a society, we must learn to be sympathetic instead of being insensitive.

Rape is never about what the victim wore or where she was. It is about the action of the sex offender. By changing this attitude of blaming victims, we encourage them to speak up. It is therefore important we create a safe place for victims to share their experiences.  This way, we can make sex offenders pay for their actions and our society can be a safer place for all.

In addition to the above, there should be a public record for sex offenders that anybody can easily access. Their faces, names and offense should be stated in this record.

Lastly, centers dedicated to the task of helping victims of rape and sexual assault get better must be opened and properly maintained.

What should victims of rape and sexual assault should do

According to the Centers for Disease Control and Prevention [CDC], nearly 1 in 5 women in the United States are raped or sexually assaulted at some point in their lives. The sex offender is in most cases someone they know and trust. As scary as this report is, the numbers are worse especially in some underdeveloped countries. What then is the best way for victims of rape and sexual assault to respond?